“I am proud, with my collection and the construction of the museum, to have created something lasting, which future generations will also be able to experience when they visit my museum and take joy in the art that has given me such joy for so long.”

The history of the building and its location

Shining a light on the life stories of Palais Goëss-Horten’s previous owners illuminates a historical context which, up until now, has mostly been overlooked. Among its masters are four field marshals of the Albertine line, four of the wealthiest men in Old Austria, who were as different as night and day: from Duke Albert Casimir of Sachsen-Teschen, the financial genius and founder of today’s Albertina to Archduke Carl von Österreich-Teschen, the “Victor of Aspern”; Archduke Albrecht of Austria, Duke of Teschen, whose equestrian statue now gazes over the Albertina’s terrace; and the generally lesser known Archduke Friedrich – the “last of his kind” and nicknamed “Archduke Bumbsti” by Karl Kraus on account of his gentle character.

Situated between State Opera and Burggarten

From the perspective of architectural history, the contemporary Palais Goëss-Horten – just around the corner from the State Opera – is located within one of Vienna’s most famous building blocks, often referred to in historical documents as the “Archduke Albrecht block”.

In fact, the construction project, located between Opernring and the Burggarten, can be viewed as a mirror of Vienna’s expansion. The owners’ sociological configuration also reflects the emerging social conditions of the time. In the mid-nineteenth century, the oldest section of the opulent Ringstraße zone was settled by members of the upper middle class and aristocracy, bankers, land barons, beer brewers and industrial magnates.

The site and surroundings of Archduke Friedrich’s former office building, now home to the Heidi Horten Collection after its renovation by the nextENTERprise Architects Vienna, can be described through the architectural history of the opera district. From the Roman burial site to the city fortifications during the Ottoman sieges, the residences of Duke Albert and Marie Christine, Albrecht’s riding school and finally the construction of Archduke Friedrich’s office building, the site of today’s State Opera was the scene of military engagements and dramatic transformations in the Vienna cityscape.

The ambitious renovation of the original archducal administrative building into a museum for modern and contemporary art, with an exciting central exhibition hall, can be located in the tradition of visionary feats of engineering and cultural construction, which include the State Hall of the Austrian National Library. The new museum, whose outward appearance also recollects the site's eventful architectural history, adds another jewel to the crown of Vienna’s inner-city arts district. 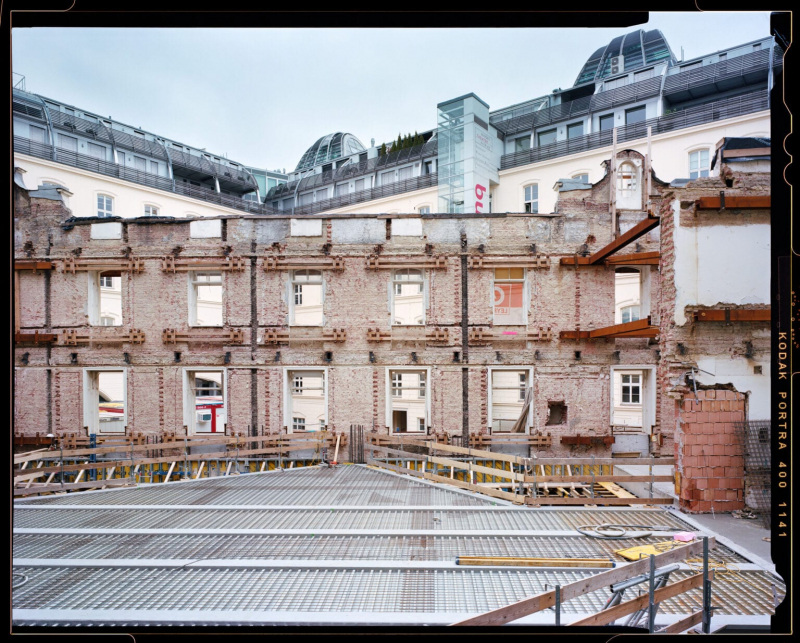 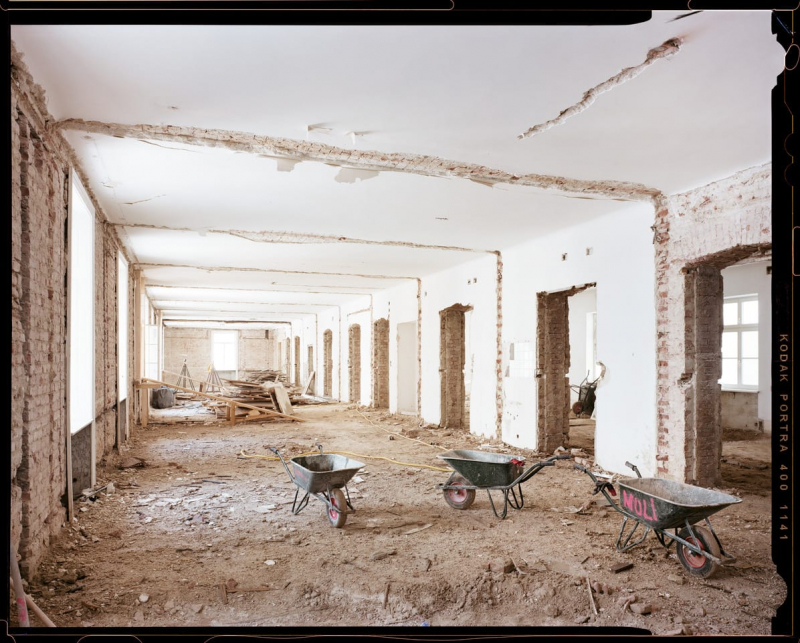 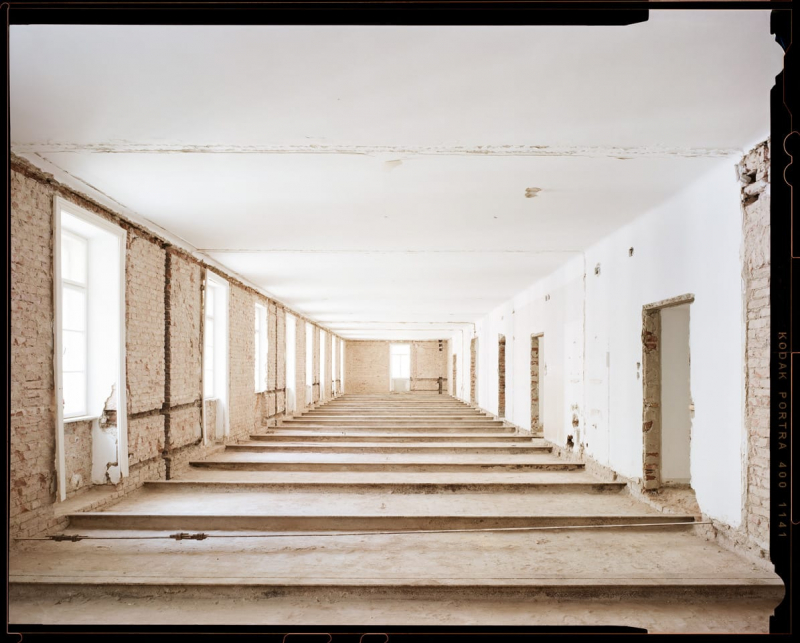 After the decision to found a museum, in 2019, an invited competition was held between renowned national and international architecture firms. The next ENTERprise emerged as victors. Their design, which proposed a stimulating contrast of historic exterior elements and modern interior architecture, won over Heidi Goëss-Horten.

The architects made three interventions in the existing site. The first step was to “weave in the surroundings”, that is, to tie the historic building into its immediate environment. In terms of the future museum building, this meant greening the courtyard and creating a sculpture park where visitors can sit and contemplate before or after a visit to the museum.

The third intervention involved the gutting of the central wing to encourage an open and freely circulating flânerie through the museum. Inserted into the gutted structure are floating exhibition plateaus, set at a slight angle to each other and connected by sculptural flights of stairs. From the Atrium, the glazed roof opens up fresh perspectives and lines of sight. Continuous illuminated ceilings on all three floors underscore the floating character of the construction. The exhibition spaces are complemented by intimate classic-style rooms for smaller presentations and the “tea room”, a special room offering visitors a glimpse inside the world of the collector. An event space on the ground floor and a creative studio with outside terrace on the second floor enhance the building’s functional yet intimate and elegant character. In a private museum of modern art, this provides a perfect framework accommodating a wide variety of public cultural activities. 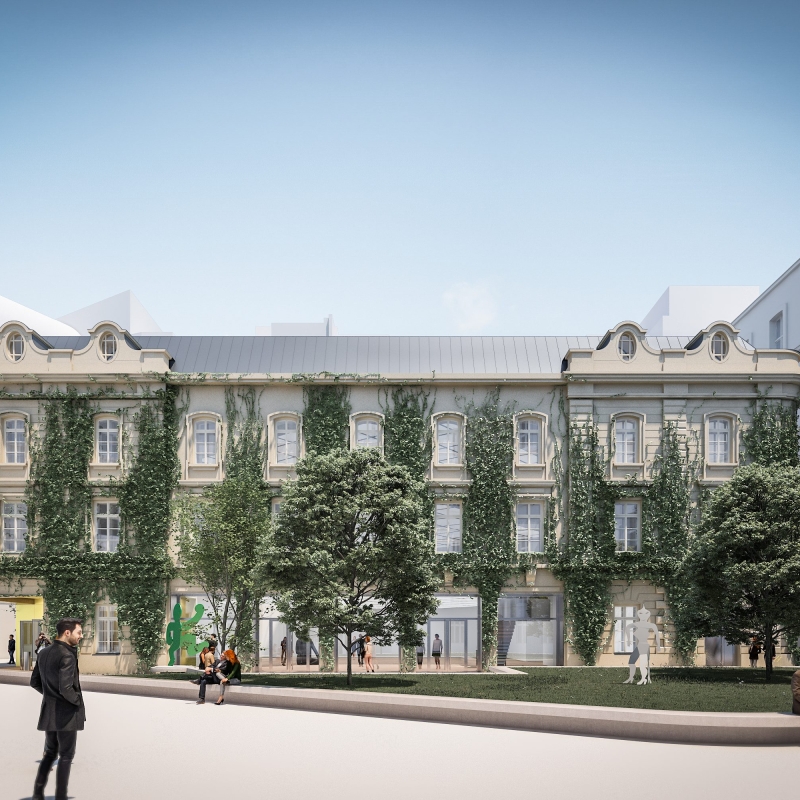 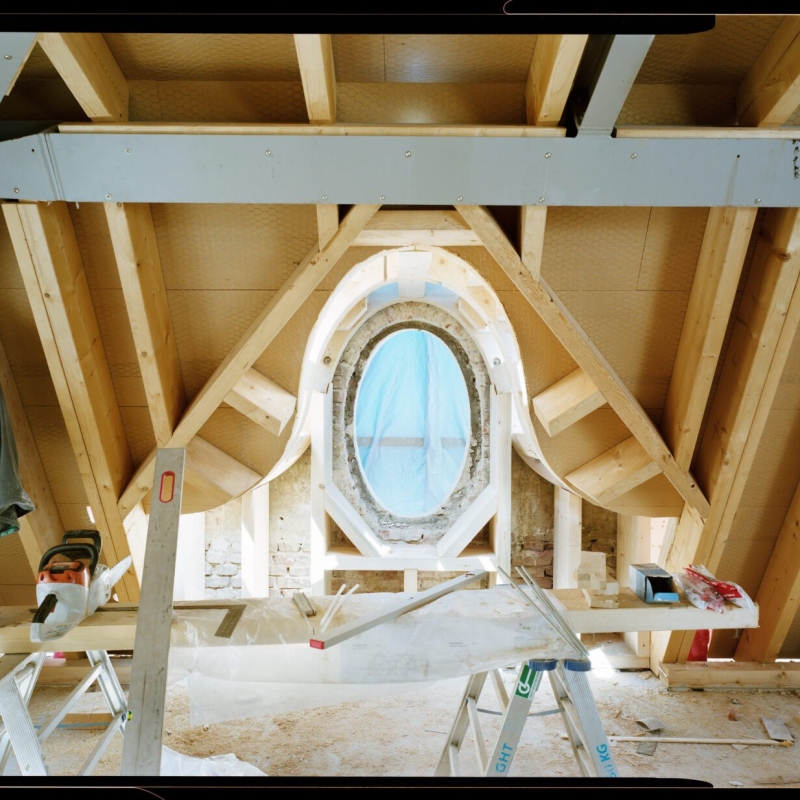 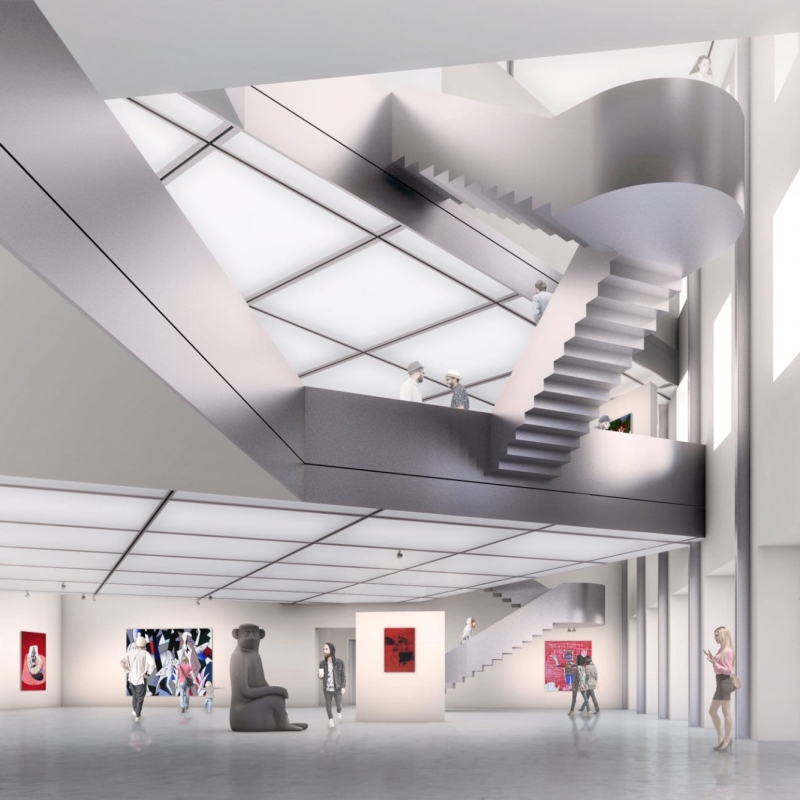 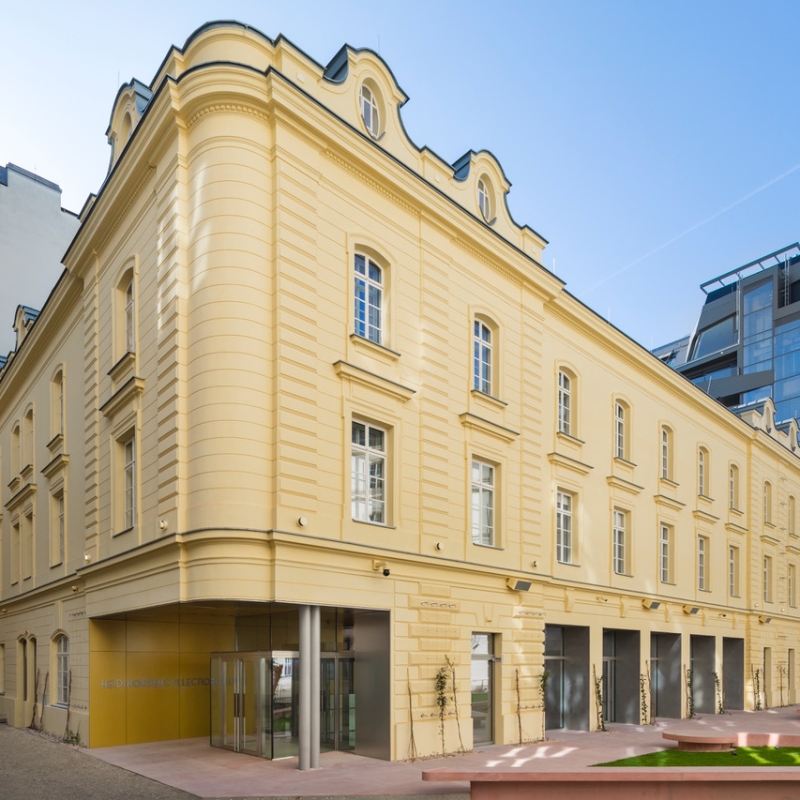 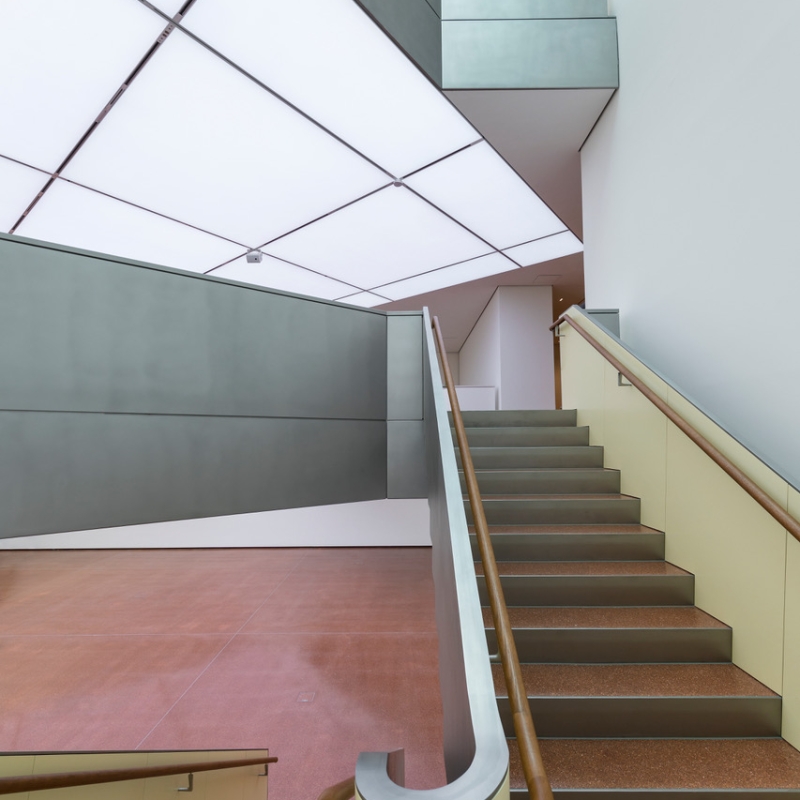 More about the history of
Heidi Horten Collection